As Vladimir Putin’s war in Ukraine rages on, unverified images from the frontlines have become increasingly commonplace, circulating on Twitter, Facebook, and Telegram, often promoted by anonymous accounts. These images show real events, but the circumstances behind them are often warped and exaggerated by Putin’s propaganda machine as a pretext for more military aggression.

Some of the most shocking images have shown young women and girls being taped to lamp posts, their faces covered with a ‘brilliant green’ triarylmethane antiseptic dye, Zelyonka, widely used in both Russia and Ukraine as an alternative to iodine. Zelyonka stains the skin and is difficult to remove, and has been used as a form of protest by groups in both counties for years. In Russia, it’s frequently deployed against Kremlin opposition activists by supporters of Putin and by Russian nationalist groups, and in Ukraine against liberal reform campaigners by far-right groups.

Harrowing images of these fresh Zelyonka attacks – allegedly by Ukrainians – have been weaponised in an attempt to validate the false Kremlin narrative about ‘de-Nazification’ as a justifiable pretext for invasion.

The Zelyonka images have prompted a series of potential explanations on Twitter, with users attributing the reasons for the punishment variously to ‘Russian speakers’, pickpockets, and Romani people being targeted by far-right vigilante Ukrainian groups.

The first answer lacks credibility, given the huge proportion of Russian speakers in Ukraine – it being the most common first language in many eastern regions. According to the 2001 Ukrainian census, 29.6% of Ukraine’s population consider Russian their native language, with many more speaking the language, and the country is home to more than 8 million Russians.

More common are the two assertions that the alleged victims are Romani citizens, an assertion used by several pro-Putin accounts as evidence of the unredeemable depth of ‘Nazification’ in Ukraine and, therefore, justification for Russia’s illegal invasion of the country.

How Russia’s Disinformation ApparatusRan Aground in Ukraine

When the Russian state-controlled broadcaster RT picked up on the attacks, it ran with the headline: ‘Roma tied to lamp posts and sprayed with dye in Ukraine’. The article mentions that “according to local media, the victims were punished for trying to steal from passengers on a bus”. It then itself goes on to cite “claims on social media” that “they were only trying to steal food, as they were starving after escaping from Kiev [sic]”.

The images were also shared by the Telegram media account of Vladimir Solovyev, a Putin-affiliated journalist and propagandist.

Images showing vigilante “justice” targeting people accused of looting and shoplifting had been circulated at least a month prior to the Zelyonka attacks. There have been numerous reports of thieves being punished in this way, with locals taking it upon themselves to “make examples” of people. These images have also been exploited by Russia.

The explanation offered by RT is refuted by the Czech outlet Romea, a news organisation sharing stories from the Roma communities across Europe. Romea released an article on 22 March, a day after the images started circulating, explaining that they were “being disseminated through social media along with the untrue claim that the individuals in the photographs are internally displaced people from Kyiv who were unjustifiably attacked by local Ukrainians immediately upon arrival in Lviv”.

Local Roma activist Julian Kondur told Romea that: “The people in the photos have been caught in Kyiv for pickpocketing several times. Their photos have been taken and shared by several groups that publicise such cases. In Lviv there is a group calling themselves ‘The Hunters’, who persecute Romani people involved in pickpocketing in public places”.

He went on to add that several members of ‘The Hunters’ – who perpetrated the assaults – had already been identified, and confirmed that “Russia is exploiting this to accuse Ukraine of allegedly being run by Neo-Nazis”. Research conducted by Dutch outlet Knack has further confirmed the link to ‘The Hunters’, a violent organisation that describes itself as “ordinary citizens of Lviv who are tired of what Roma are doing to their city” and that has been operating for some time.

Ukraine, like many other European states, does have a serious problem with ongoing discrimination against its Roma citizens. The minority group has been targeted by far-right groups in multiple cities, has severely limited access to education and healthcare, and has faced violent ‘pogroms’ with little to no intervention on behalf of the state. Many Roma who now face poverty and discrimination do so after being forcibly displaced as a result of Russia’s annexation of Crimea in 2014.

Despite this, many have now been recruited into Ukraine’s army to fight back against the Russian invasion, and in early March, nearly 200 pro-Roma and Romani organisations across the world condemned and called for an end to Putin’s war.

As unjustifiable and shocking as the ongoing persecution of Roma in Ukraine is, which shouldn’t be ignored purely because of factionalism or seen as a justifiable reaction to Russian aggression, it still doesn’t validate Russia’s claims of ‘de-Nazification’.

The Ukrainian far-right received only 2% of the vote in the 2019 election, the Ukrainian Government has opposed Russia’s own persecution of Crimean Tartars, and Russia has its own problems with both the persecution of the Roma and repressive homegrown fascist tendencies. 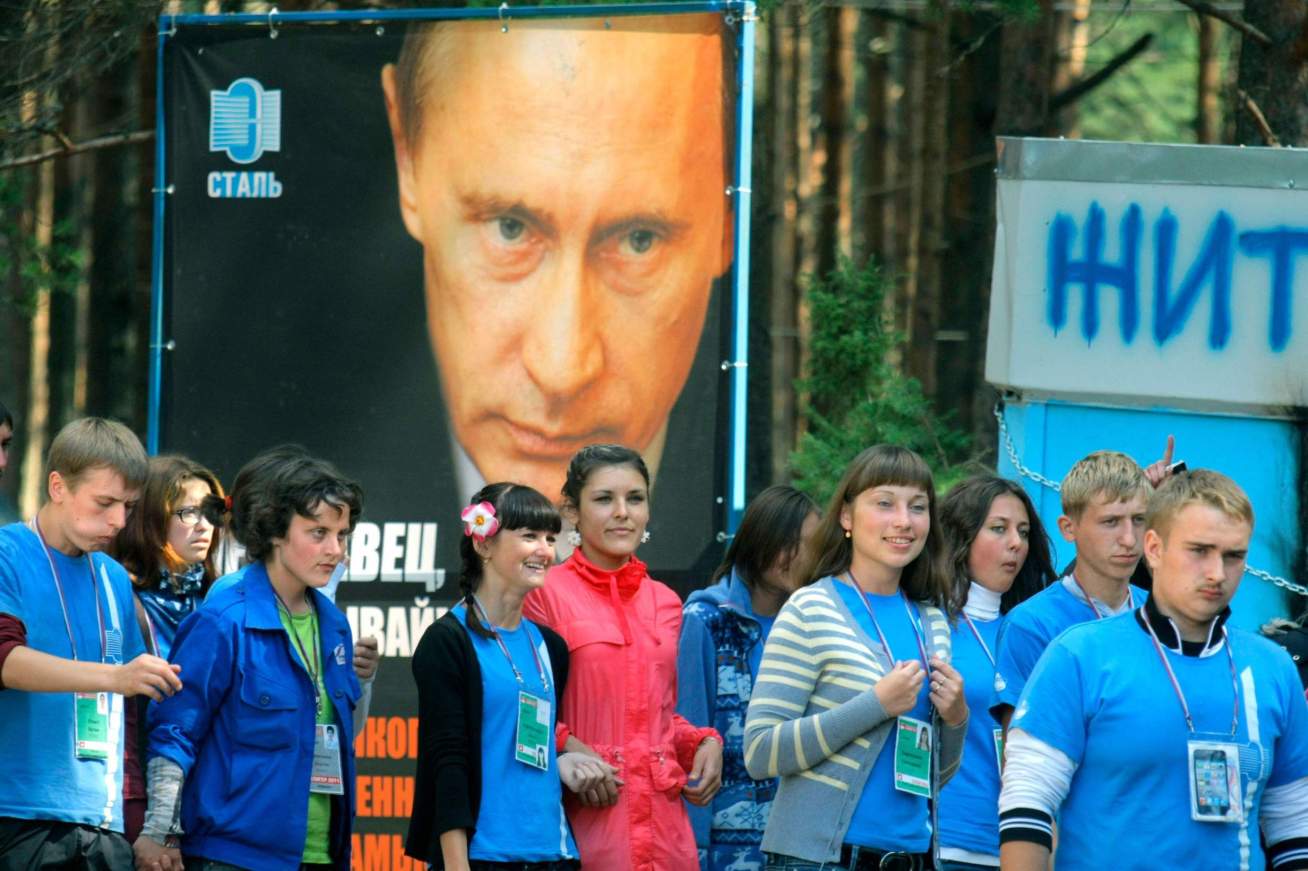 From Russia With Lies

As the Russian retreat from towns closer to Kyiv continues to reveal mounting evidence of war crimes, it’s worth remembering that the human and civilian cost of war is often unknown until far too late.

It is clear that Roma have been among those targeted by vigilante groups during this war – turned into scapegoats. It remains to be seen how authorities will handle those gangs responsible, if at all. But reports of the decimation and death inflicted upon Ukrainian cities as the Russian army retreats have either been justified under the pretext of ‘de-Nazifying’ Ukraine or denied by the Kremlin altogether.

Speaking in late March, RT editor-in-chief and key Putin ally Margarita Simonyan described Ukraine as being in a “collective madness” akin to Germans under Nazism, seemingly an attempt to justify the war crimes committed by Putin’s forces.

Two more of Putin’s top advisors, Dmitry Peskov and Sergei Lavrov have both disputed the substantive video evidence coming out of Bucha showing human atrocities. Peskov described the footage as showing signs of “video manipulation and some fakes”, and Lavrov dubbed the reports a “fake attack”.

A recent op-ed in state-controlled news organisation Ria Novosti has now claimed – echoing Simonyan’s rhetoric – that “a significant part of the masses of the people, who are passive Nazis, are accomplices to Nazism”, adding that “de-Nazification is inevitably also de-Ukrainisation”, and “Unlike Georgia or the Baltics, Ukraine, as history has shown, is unviable as a national state, and attempts to build one logically lead to Nazism”.

To many Russians, at least those not serving on the frontlines, the war presented to them is still one of liberation, not imperialist devastation and senseless murder. Russia’s manipulation of reality, skewing the motives for local violence and exaggerating its pervasiveness, is one of Putin’s weapons in this disinformation war.