Steven Lacey’s fascination with Russia began when he was a teenager and travelled to the country on a school trip. He fell in love with the culture, the history and the people – returning to Russia and the former Soviet Union countries as an adult. He later converted to the Orthodox faith, and by the early 2010s had joined the Westminster Russia Forum – formerly the Conservative Friends of Russia.

“I thought it sounded interesting and that I could be a bridge between faith and politics in the group,” he told Byline Times. “And because I am disabled I hoped I could raise awareness and change attitudes towards disability in Russia.”

Lacey remembers that he saw Conservative Party and UKIP members “swarming around the Embassy at that time like flies”.

When Russia invaded Crimea and the Donbas region in 2014, Lacey started to fall into the rabbit hole of pro-Vladimir Putin propaganda and disinformation – despite having friends in Ukraine and in the port city of Mariupol in particular.

On Facebook and Twitter, he saw plenty of posts from Russian-supporting accounts accusing Ukrainian people of being neo-Nazis. Having grown up in west London at a time of rising far-right hate, Lacey was primed to take Russia’s side against a force that was increasingly portrayed as being fascist.

According to Lacey, the purpose of disinformation is to push people into a world where everything has a “black and white narrative, so you are more shut off from the truth and being open to the truth”.

“It wasn’t so much that I fell in love with what Putin was doing, I just questioned everything and didn’t believe what I was being told – instead just focusing on the counter-narrative the whole time,” he added. 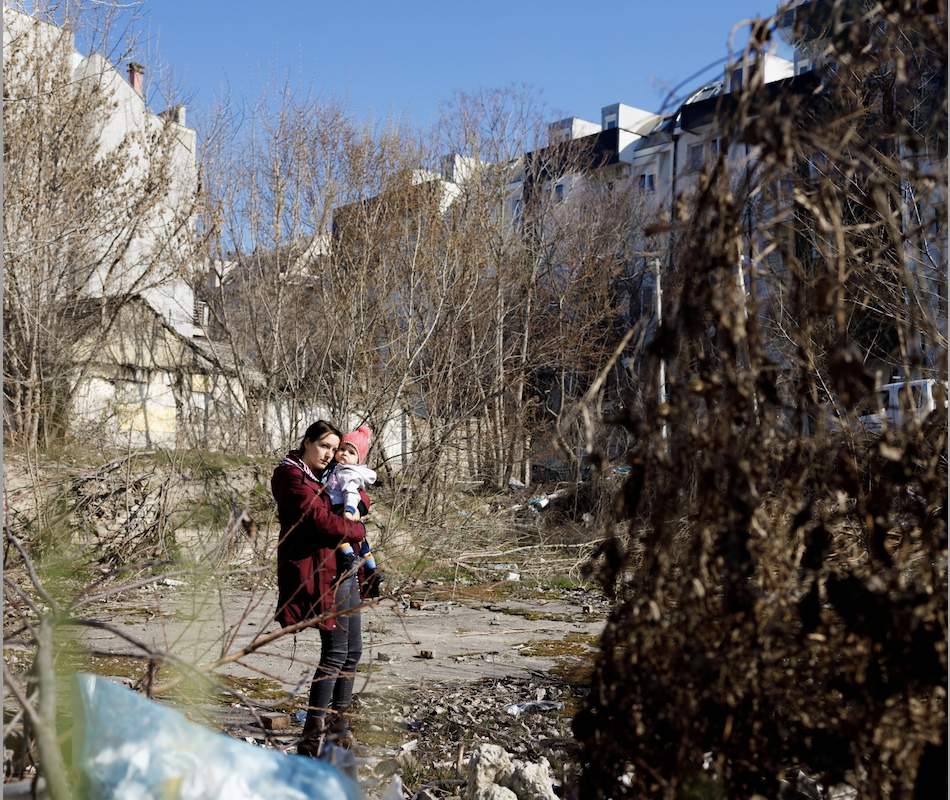 Lacey became a self-described “keyboard warrior” who would take to Twitter to argue with those criticising Putin’s actions in Crimea. “I remember trolling people,” he admits. But that trolling became a turning point when security specialist and Liberal Democrat campaigner Edward Lucas challenged Lacey to a debate.

The debate did not take place.

Having escaped the rabbit hole, it became clear to Lacey how disinformation narratives captured people’s imaginations.

“I could start to see how Russian propaganda works,” Lacey told Byline Times. “There’s a sense of there being a strong leader, and a belief in a bright future that’s also rooted in nostalgia for the past. There’s a focus on corrupt elites and a belief that you are powerless – that you have no control over your own life as a result”.

The same was true, he argued, with disinformation around the election of Donald Trump and Brexit.

As Russia’s invasion of Ukraine continues, so does the proliferation of disinformation online.

When Putin’s forces invaded Crimea, so-called independent journalists like Brit Graham Phillips posted videos claiming to be of Ukrainian neo-Nazis – fuelling a narrative that this was Russia fighting fascism.

2014 disinformation also focused on lurid and distressing stories of Ukrainian men raping young girls. This is a familiar far-right disinformation tactic that weaponises violence against women and girls to create an enemy based on race or nationality.

Similar tropes are being used today – with pro-Putin disinformation continuing to link Ukrainians with neo-Nazism.

But those other narratives are in play too. In one post too disturbing to share, Russian propagandists build on Lacey’s comments of using a “strong leader” and harking back to a nostalgic past with an image of Vlad the Impaler surrounded by stabbed victims. Other posts featuring Aleksandr Dugin – known as ‘Putin’s Rasputin’ – celebrate a mythic past of empire, inequality and traditional values which Russia must return to in order to become great.

For Steven Lacey, who is now a fierce critic of Vladimir Putin’s regime, the actions of the disinformation agents are unforgivable.

Having seen the destruction of Mariupol, Ukraine’s besieged city, he said: “I do not forgive propaganda journalists like Graham Phillips. I do not forgive armchair keyboard warriors. I do not forgive UK politicians who got drunk at Russian Embassy parties. And I do not forgive those who push Putin’s line. I’ll do everything I can in my small power to call-out cruelty, despotism, corruption and their connection to a far-right regime.”

Graham Phillips maintains that he is a journalist who works independently of the Russian regime.