Russia’s invasion of Ukraine has prompted an unprecedented wave of global sympathy, support and revulsion. A catastrophe is currently unfolding on the world’s TV screens as Vladimir Putin’s armies lay waste to towns and cities across the eastern European country.

Yet frustrations remain among Ukrainians who believe that, despite the rolling news coverage, some things are just not getting through to those watching from abroad.

Here are five of them…

If we close our eyes to Russian war crimes in Ukraine, these pictures will not simply disappear

Yana Vasina, a senior analyst at a large Ukrainian company

The Genocide of Ukraine is Not Just a Fringe Idea

On 3 April, an article appeared on the Russian state news agency RIA Novosti entitled ‘What Russia must do to Ukraine’. It was quickly dubbed a “blueprint for genocide”.

Its author, political columnist and commentator Timofei Sergeitsev, outlined how to “de-nazify” Ukraine through “ideological repression” and “severe censorship”.

“Any organisations related to Nazism must be prohibited and liquidated,” he wrote. “However, both the elites and a significant part of the ordinary people are considered passive Nazis and are guilty.

“They supported and followed the Nazi regime. Fair punishment of this part of population can be seen an inevitable burden of waging a just war against the Nazi system, wherever possible as carefully and scrupulously with regard civilians.”

While the article was ostensibly only the musings of one Russian, it was published on the same day that pictures of massacres and the summary execution of Ukrainian civilians began to emerge from Bucha, a Ukrainian town that had until recently been occupied by Russian forces.

Since that day, more and more evidence has emerged of brutal and systematic crimes against Ukrainian civilians.

“This is not just rhetoric,” says Olena Halushka, board member at the Anti-corruption Action Center. “This genocide is what they have done to people of Bucha, Borodyanka, Irpin, Hostomel and other liberated towns.

“They are doing it right now as you read this article to people in Mariupol, and hundreds of other towns and villages that are under Russian occupation now.

“Many volunteers translated this article immediately after its publication in various languages. People are doing this so that the whole world now can see the real face of Russia – a greedy, barbaric, terrorist state.” 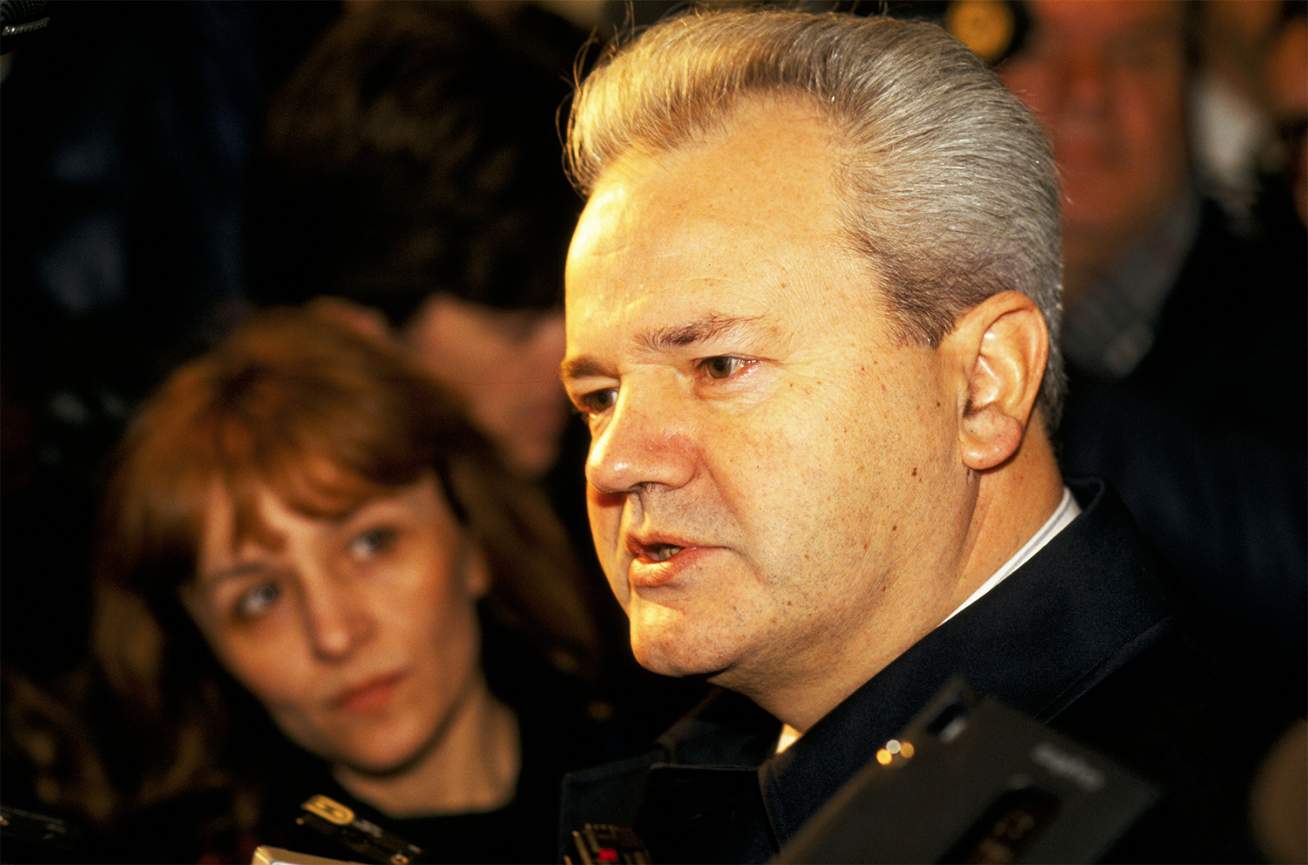 The Bosnian PrecedentAnticipating Russia’s Crimes Against Humanity in Ukraine

This is Not Just ‘Putin’s War’

Since the invasion began in February, there has been a tendency in the West to think of it as “Putin’s war” – the sole decision of one man who has an unshakable and unbreakable grip over normal Russians who simply had no choice but to go along with his brutality.

Yet, as the war has ground on, this view has become more and more untenable.

Polling among Russians shows widespread support for the invasion, citizens openly express their desire to see Ukraine wiped out, and cultural institutions such as the Bolshoi Theatre have begun fundraising for the war effort.

“It is Russian society that created Putin and therefore Russians must share collective responsibility for all atrocities and military crimes that the Russian Army is doing in Ukraine,” says Ukrainian civil rights activist Yaryna Odynak.

“Every Russian soldier who tortured and killed unarmed civilians, shelled and bombarded residential buildings and shelters, raped women and children, robbed and burned houses, forcefully evacuated people to camps in Russia had a choice and they made their own choice, and therefore all of them should be held accountable and punished.

“Every post and delivery service that registered and delivered looted goods brought from Ukraine to Russia, every Russian wife and mother that opened their doors and drawers to the stolen jewellery, clothes and washing machines from the tortured and brutally killed peaceful Ukrainian civilians made their choice and they are accomplices of this war.”

It is standard journalistic practice to treat statements from any government with a certain reverence, on the understanding that it is official information with at least a respectful nod to the truth.

When reporting events in Ukraine, Kremlin statements are often included as a matter of due course in an attempt to provide a balanced picture of events amid the inevitable claims and counter-claims.

Yet the Russian Government has repeatedly lied about almost everything in relation to its invasion of Ukraine, from saying that it wouldn’t invade in the first place, claiming that victims of Russian bombs are actors, and even that Ukraine is killing its own civilians to frame Russia.

“Russia will never accept the fact they did something wrong and will never accept that they’re guilty,” says Ukrainian journalist Oksana Piddubna. “So adding some information from the Russian state can of course be part of the story but not in the way that you make people think that they might be saying something true.”

Reporting official Russian statements at face value alongside those of the Ukrainian Government creates room for doubt and the raises the possibility that Russia’s lies and disinformation could actually be true.

Within hours of the atrocities committed in towns such as Bucha being discovered, social media was flooded with images of the dead.

Revulsion at the crimes committed was also accompanied by revulsion at the images themselves – with some commentators arguing that such pictures weren’t needed, while social media platforms rushed to hide them behind warnings, generally making them more difficult to be seen.

But not looking is a luxury that many Ukrainians don’t have – and don’t think that others should have, either. 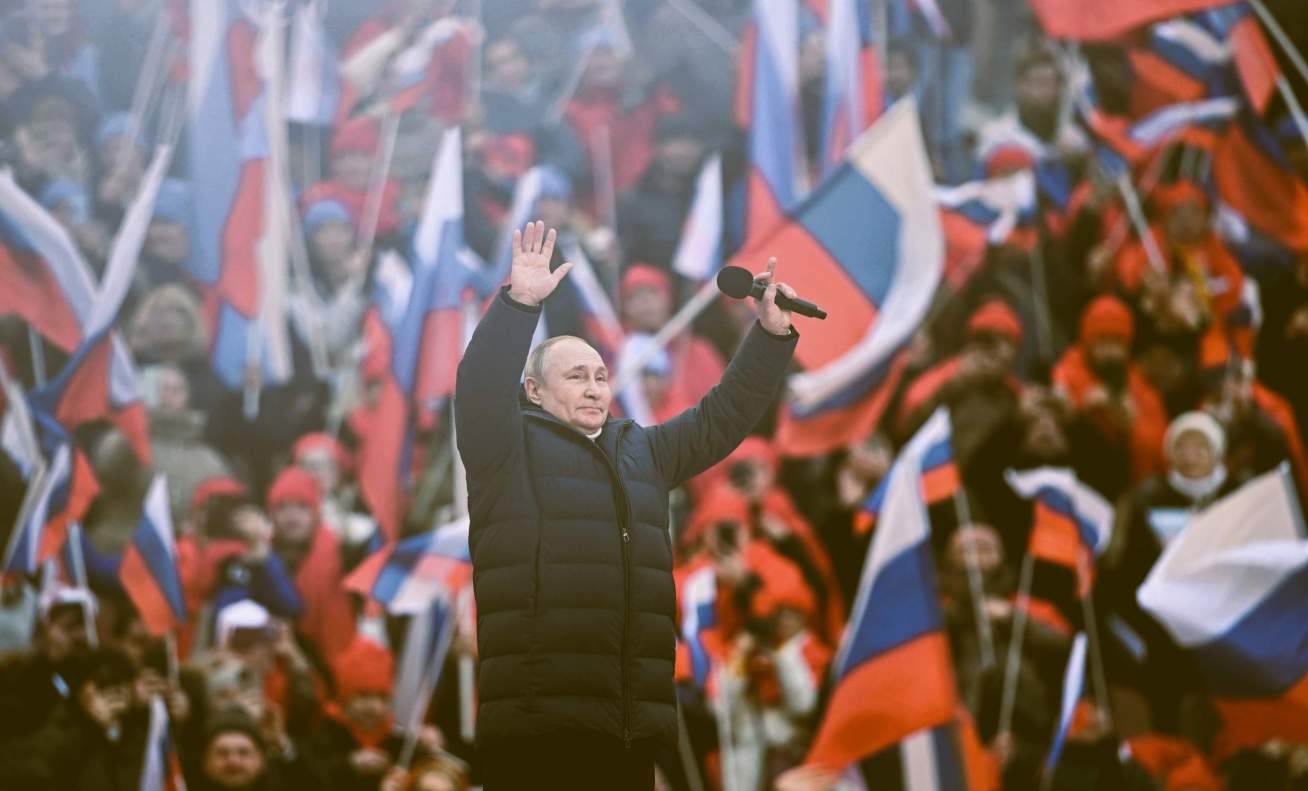 “I appreciate this content can be hard to watch,” says Yana Vasina, a senior analyst at a large Ukrainian company, “but was it hard for those people in Bucha to be under siege or occupation for several weeks? Or for those who were tortured, raped and murdered?

“If we close our eyes to Russian war crimes in Ukraine, these pictures will not simply disappear. If we blur these images, they won’t become any nicer and the war will not end.

“We can’t just ‘cancel’ or ‘unfollow’ this war. The war crimes and cruelties of Russian Army have to be seen, widely discussed, and condemned and punished. Visual content is the most powerful, so why can’t we show this truth?”

There is More Than Just Ukraine at Stake

This article is a new version of a piece Byline Times published a week before the invasion began, and the last point was the same as this.

At this time, Ukrainians were sending calm and measured call for the West to “do their best and without further delay to deter Putin and help Ukraine defend itself” as “it is not an exaggeration to say that the developments of the current Russia crisis will define the future of democracy”.

The events of the past few weeks have added a fresh sense of urgency to these calls, as Ukrainians make them from the bombed-out ruins of their towns, villages and cities.

“Please realise that all political decisions at this moment will be judged not by the voters momentarily, but by history eternally,” says former Ukrainian diplomat Olexander Scherba.

“After what happened there won’t be any return to ‘business as usual’. The global system of international security proved to be utterly useless. Multilateral diplomacy is effectively dead.

“If you let Putin win, the balance of power between freedom and unfreedom will be tilted fundamentally and globally. So, wake up, world. Not for Ukraine’s sake, but for your own.”