The controversial pundit, who has repeated the far-right conspiracy theory the Great Replacement and has faced multiple allegations of hate speech, will compete for the Presidency against far-right candidate Marine Le Pen and President Emmanuel Macron, among others.

The report reveals how Zemmour has successfully used YouTube and Telegram to rile up a new voting base, with a particular focus on attracting young voters and voters attracted to culture war issues.

But it also suggests that Zemmour has employed social media techniques familiar to British voters from the Brexit referendum, including setting up websites for specific demographics in support of Zemmour; asking people to sign petitions on non-related issues; and volunteers copying and pasting pro-Zemmour content in a range of non-political Facebook groups.

Safya Khan-Ruf, researcher at HOPE not hate, said: “Zemmour’s team have worked hard to present him as someone who has organic, grassroots support from French people by focusing their campaign more heavily on social media than his main rivals, having identified it as a way to reach large, younger audiences and bypass the electoral restrictions you would find on TV channels”.

Social media played a vital role on both sides of the Brexit campaign, with the official Vote Leave campaign spending £2.7 million on Facebook ads alone.

Many of the ads deployed by the Leave campaign – both its official Vote Leave arm and the Farage/Banks vehicle Leave.EU – used a range of tactics now being seen in Zemmour’s own social media strategy.

These included running Facebook ads that asked users to share their opinion on an issue that may or may not seem obviously related to EU membership – for example asking if the UK needs better flood defences or ads focusing on animal welfare. More ads were explicit that the survey was related to EU membership, by asking users if they believed it was good or bad that countries like Turkey and Albania could one day join the union.

Finally, the Brexit campaign set up arms targeting specific categories of voters, such as Be.Leave which focused on a younger demographic.

Similarly, HOPE Not Hate’s report has found that Zemmour set up a website asking his followers to sign a petition on censorship. His campaign created a range of websites focusing on specific groups of voters, including women and members of the Gilets Jaunes movement. The purpose is same as during Brexit: to harvest data and deliver focused campaign messages. 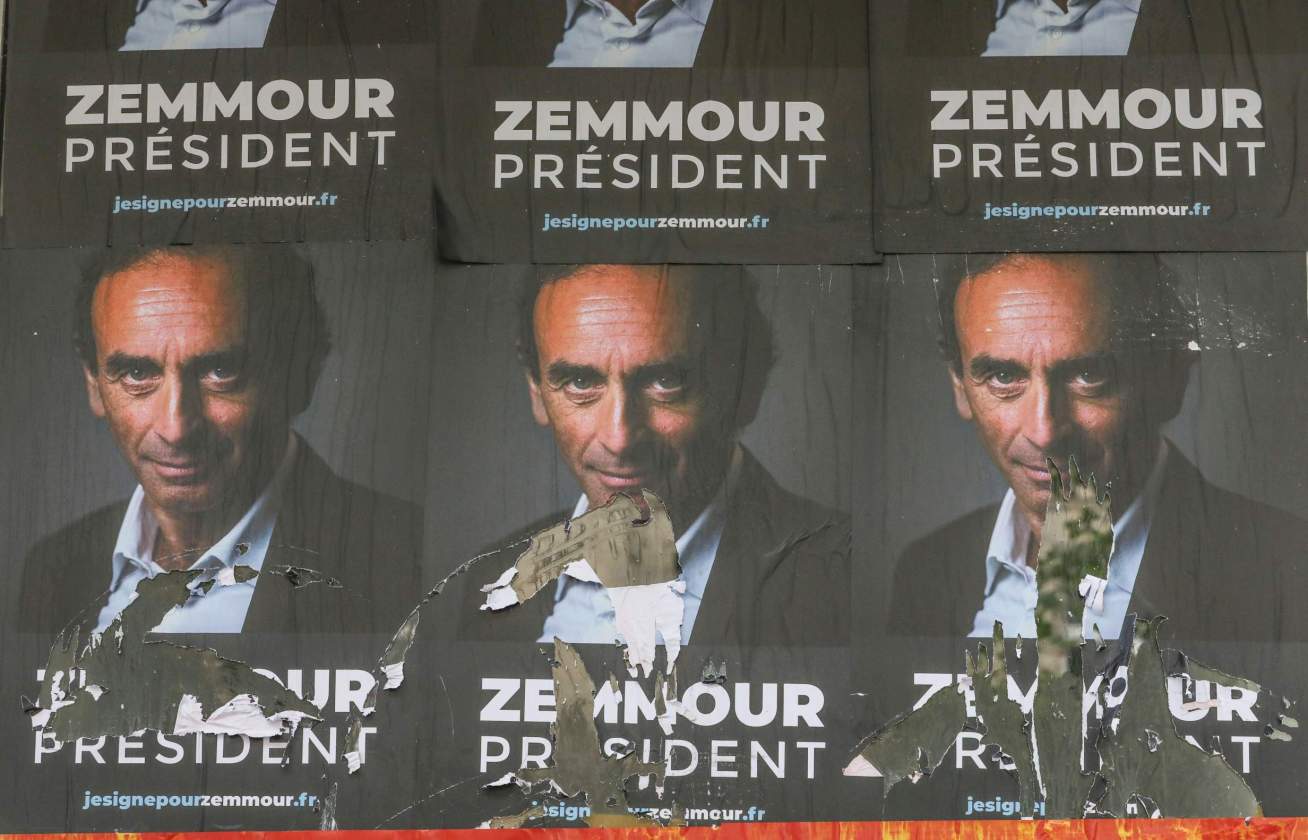 How The Great Replacement Went Mainstream

Although Zemmour has fewer Facebook likes than Le Pen and Macron, his party Reconquête has spent more than double the amount on Facebook ads than Rassemblement National. Further, despite his smaller audience, Zemmour is far more active on Facebook than his fellow candidates, and has a higher interaction rate with his followers.

Where things become more interesting on Facebook is the creation of the affiliate groups mentioned above which, as far back as 2020, were advocating for a Zemmour candidacy in this year’s elections. These groups amplified Zemmour’s hateful messages and raised his profile outside of the usual electoral cycle, meaning that when he officially launched his campaign he already had a sizeable and engaged support base.

Further, HOPE not hate found Zemmour has used Facebook to game France’s electoral rules, which forbids advertisements for political candidates in the six months before an election. Zemmour, however, has got around the code by posting ads on social media that reference the party, not the candidate. Inside the rules, but everyone seeing the Reconquête ads knows that the party equals the man.

Unlike his political rivals, Zemmour has seen most of his social media success on YouTube – unsurprising given the video-sharing platform has become a key channel for far-right content.

His 448,000 subscribers means his YouTube audience is double the size of Macron’s and he has eight times the number of subscribers as Le Pen.

Through these relationships, Zemmour has been able to reach a more youthful demographic that is closer to the US “alt-right” than the traditional far-right voters of Le Pen who tend to be older, rural, white and male.

The first round of the election begins on 10 April. It is not expected that Zemmour will progress to the second round, which once again is likely to be a choice between LePen and Macron.