“I know there are some around the world… who say that we’re better off making accommodations with tyranny. I believe they are profoundly wrong and to try to renormalise relations with Putin after this, as we did in 2014, would be to make exactly the same mistake.”

Yet, when it comes to engaging with Saudi Arabia, Johnson’s administration is doing the very thing he warned against. The Government is making accommodations – and even overtures – to a regime that is responsible for a catalogue of human rights and military abuses.

Documents from a meeting in October 2020 between the Saudi Minister of Commerce, Majid bin Abdullah Al-Qasabi, and the UK’s Minister for Investment, Lord Gerry Grimstone, seen exclusively by the Byline Intelligence Team, reveal the Government’s desire to develop a close relationship with Saudi Arabia – a policy that was further pursued during the Prime Minister’s recent visit to the Kingdom in March.

In Riyadh, Johnson adopted the same ‘see no evil’ approach that the UK Government has previously taken with Russia, in a bid to ramp up energy exports to the West – a response to the Russian President’s invasion of Ukraine, and a domestic cost of living crisis.

Johnson mirrored the remarks made a decade earlier, in 2011, by his predecessor David Cameron during an address in Moscow. He said: “We can rebuild the relationship between Britain and Russia, working together to develop a modern and ambitious partnership which will help both our countries achieve a more prosperous and secure future.”

These were also attitudes shared by Johnson. Despite the Salisbury poisoning in 2018 and the annexation of Crimea, Johnson, as Foreign Secretary, still wanted to “regularise contact” with Moscow. In fact, three years after Putin invaded Crimea, Johnson told his Russian counterpart, Sergey Lavrov, that the UK and Russia had “substantial interests in common”.

Now, details of a 2020 meeting between the Department for International Trade (DIT) and Saudi officials obtained under Freedom of Information show that the UK risks falling into the same trap by fostering links with a regime that is notorious for its human rights abuses, including the murder of Washington Post journalist Jamal Khashoggi in 2018, war crimes in Yemen, and a crackdown on Government critics.

How the Saudi regime came to own an 80% stake in Newcastle United via its sovereign wealth fund, the Public Investment Fund (PIF), has puzzled football fans and human rights activists alike.

It has previously been revealed that Government ministers and officials held meetings with the Saudi regime about the protracted Newcastle takeover (completed in October last year) – although the UK has insisted that “officials were clear… that any prospective takeover of Newcastle United Football Club was a matter for the two parties concerned”.

Now, however, the DIT’s notes from the October 2020 meeting reveal that the Government may have played a greater role than previously disclosed.

The first objective on the DIT’s briefing document for the meeting states that “the Newcastle deal is still possible”. It adds: “HMG [Her Majesty’s Government] would encourage a resolution which addresses the underlying (legal) matters to the satisfaction of all parties concerned.”

Despite then Culture Secretary Oliver Dowden claiming that it was for the Premier League alone to make assessments regarding the acquisition of Newcastle United by PIF, DIT officials were told to express to Saudi Arabia’s Minister of Commerce that the UK Government would “encourage” the purchase.

It has previously been revealed that Crown Prince Mohammed bin Salman warned Boris Johnson via text message that UK-Saudi relations would be damaged if the UK Government did not help the sovereign wealth fund to acquire Newcastle United. 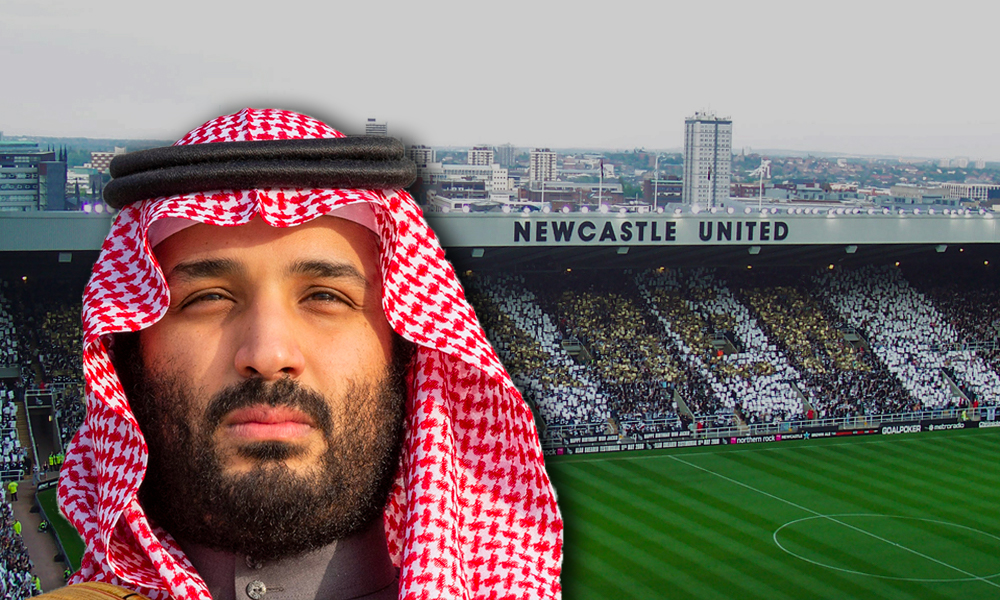 The DIT also saw the October meeting as an opportunity to further embed Saudi links in the UK by encouraging Saudi firms to help with the Government’s ‘levelling-up’ agenda.

Controversial oil giant Saudi Aramco was listed in the briefing note as one of the firms that the Government hoped would invest in the most deprived areas of the UK.

Saudi Aramco is the firm that contributed most to global carbon dioxide levels from 1965 to 2017, according to the Climate Accountability Institute, which somewhat contradicts Johnson’s aspiration to position the UK as a world leader in the fight against climate change.

“There are significant opportunities, including as part of the levelling-up agenda, for star names like Saudi Aramco, SABIC, Saudi Telecoms, ACWA Power and others to come and invest in and grow their global shares/R&D potential in the UK,” the document reads.

Aramco also has a history of workers’ rights controversies: the firm was accused of allowing racism against one of its migrant staff members, after they were dressed as a “human hand sanitiser” at the beginning of the Coronavirus pandemic. The company released a statement expressing “strong dissatisfaction with this abusive behaviour”.

In 2012, employees of the company were also allegedly dismissed after protesting for civil rights.

In mid-March, it was revealed that the Saudi firm Alfanar Group would be investing £1 billion into Teesside to produce sustainable aviation fuel. This has echoes of the UK’s economic policy towards Russia that – until recently – encouraged close cooperation between firms in both countries and even downplayed the influence of sanctions imposed after 2014.

As Boris Johnson defends Ukraine’s freedom and hopes for peace, meeting documents from 2020 highlight Saudi Arabia’s appetite for weaponry and the UK’s desire to comply.

The DIT briefing states: “As is well-known, Saudi is the UK’s largest market for defence exports.” Hoping to continue this lucrative relationship, UK officials confirmed their desire “to make the UK presence centre stage with a strong ministerial showing” at the World Defence Show, held in March this year.

£11 billion in export licenses for military goods has been approved to Saudi Arabia since 2010 – comfortably the largest total of any country in the world, with the second-placed US standing at £6.3 billion, ahead of France at £4.6 billion.

In other words, Saudi Arabia represents more than a-fifth of the military export licenses granted by the UK since 2010 – despite the country’s inclusion on the Government’s human rights watchlist.

Indeed, in total, two-thirds of military export licenses granted by the Government since 2010 have been directed towards human rights problem countries. 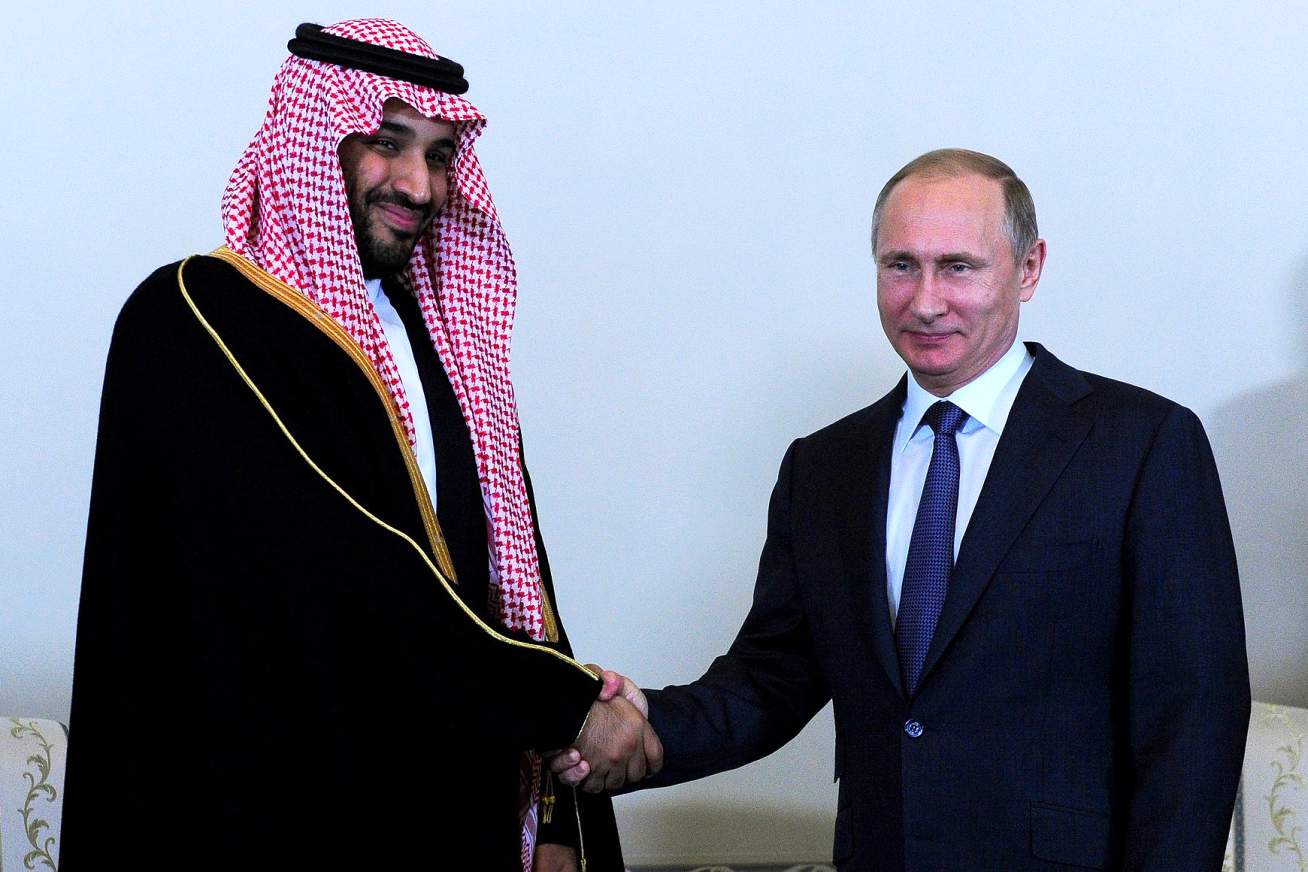 Many of these arms have been used in the Saudi-led campaign in Yemen, now in its seventh year. Schools, hospitals and weddings have been targeted, according to the Yemen Data Project, and the conflict has led to one of the worst humanitarian crises in the world.

The UN has estimated that the war in Yemen had killed 377,000 people by the end of 2021. More than 150,000 of these deaths were the direct result of the armed conflict, while a greater proportion have died due to hunger and disease as a result of the humanitarian crisis caused by the war.

At the time of Johnson’s visit to the Kingdom, Saudi Arabia had killed or injured almost 800% more civilians in Yemen from explosive violence than Russian forces (and Russian-backed separatists) have harmed in Ukraine, over the last decade, according to data from Action on Armed Violence.

Arms sales to the Kingdom quickly resumed after a landmark court ruling in 2019 forced the UK Government to pause sales because of the regime’s crimes in Yemen.

The DIT maintains that the UK operates “one of the most robust and transparent export control regimes in the world”, a spokesperson told Byline Times. Before the arms are traded, an assessment is made on the “clear risk that the items might be used for internal repression”.

Britain’s relationship with Saudi Arabia shows that Boris Johnson hasn’t learnt from the Government’s past mistakes. As was the case in Russia, there is little prospect of Saudi Arabia becoming a more cooperative partner for Western governments, even as we increase economic ties.

This stands in contrast to the approach of the Government, expressed in another document obtained by the Byline Intelligence Team relating to the meeting between Ken Costa – the UK’s special representative for Saudi’s ‘Vision 2030’ initiative – and the Business Secretary, in March 2021.

A briefing document for the meeting says that Costa “has established links with key players in the Government of Saudi Arabia and advocates working behind the scenes to support modernisation and reform”.

The UK’s policy of integration didn’t tame Vladimir Putin – why would it tame Saudi Arabia?