The refusal of Boris Johnson to resign, despite being the first sitting Prime Minister ever to have broken the law and despite all the lies he told about having done so, is shocking, but not surprising to even the tiniest degree.

That is partly because of his complete lack of moral character but also because it is both symptomatic and symbolic of the condition of post-Brexit Britain.

Increasingly, it is necessary to speak of this as a ‘condition’ because, as time goes by, what is at stake is a diffuse and generalised climate rather than simply specific damage caused by Brexit. The word ‘condition’ is also apposite since it carries connotations of chronic illness: ‘long Brexit’, so to speak.

From this point of view, separating Brexit from other political and public events – especially the Coronavirus pandemic – is complicated, and of course this complication is used by Brexiters to deny or conceal the effects of Brexit.

Typically, they deride discussion of these effects as the province of ‘continuity Remainers’ suffering ‘Brexit Derangement Syndrome’. It is worth reflecting on what that derision implies.

Presumably, Brexiters believe that leaving the EU will make long-term differences to the UK. If not, then why bother? But, if so, then why would it be deranged the discuss the effects? The obvious answer is because they have been so dire that they discredit the decision to leave.

It is striking how, despite Brexit being a major and ongoing national change, it is so little discussed any more. Within this, there are two different issues.

The most obvious is that of recognising that almost all events have more than one cause. The huge queues at Dover over the Easter period are a good example.

It is right to say that some of this is nothing to do with Brexit, for example Easter holiday traffic. But it is also partly due to staff shortages which are partly due to Brexit. It is also partly because P&O ferries haven’t been running, and that’s because of errors made by the new crews following the mass sacking to save costs, which in turn was because of the reduction in cross-Channel trade, and that was caused partly by Brexit. Some of it was due to the breakdown of IT systems, which was not a result of Brexit but the need for those systems is. All of this came on top of the ‘new normal’ of queues at Dover which is a direct result of the new border processes required by Brexit. And that was on top of pre-existing traffic problems which had nothing at all to do with leaving the EU.

The second issue is that, while most events have multiple causes, it does not follow that those causes are themselves independent of each other. 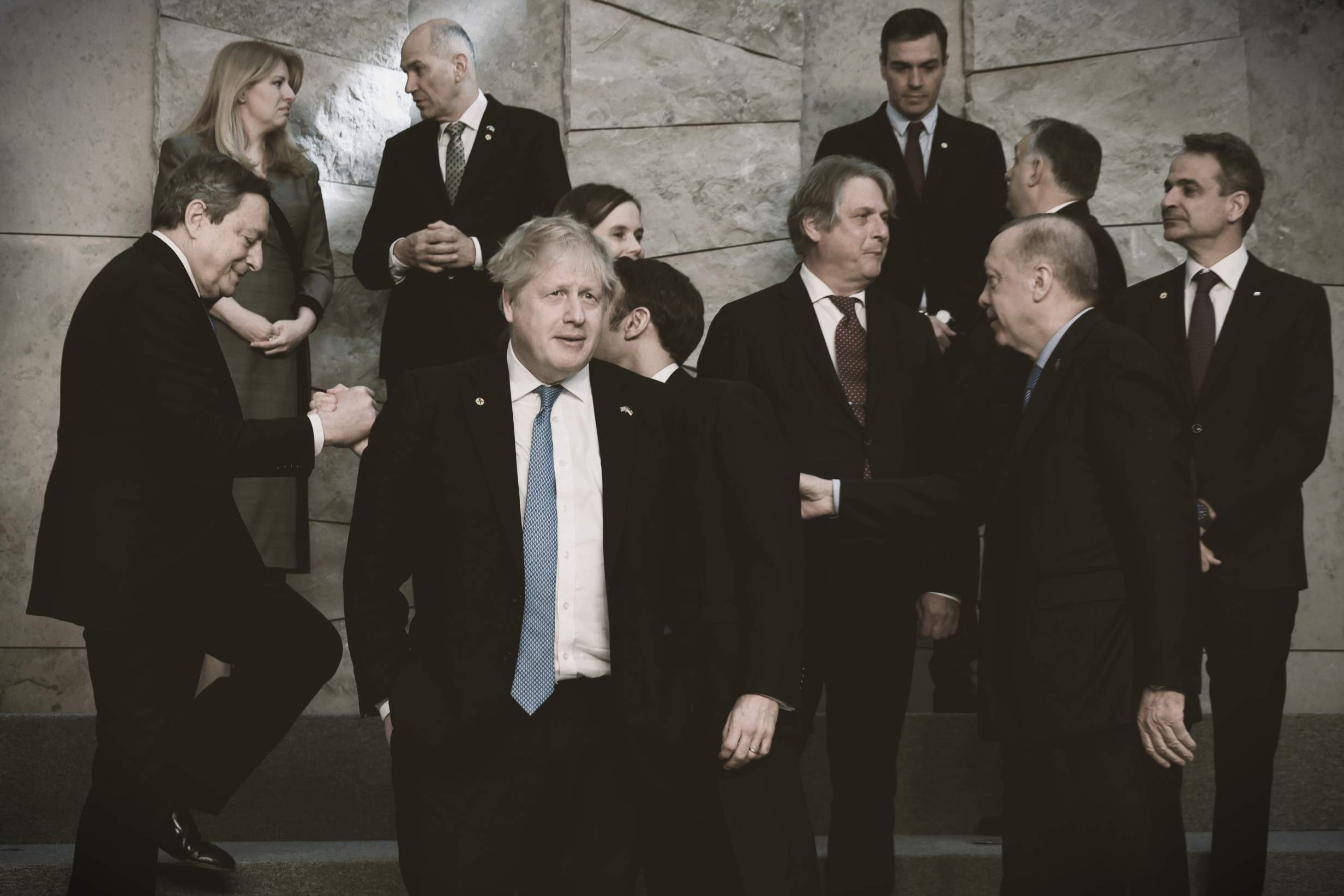 The Coronavirus crisis is again the most important example. It arrived as the UK formally left the EU and when the terms of future trade were beginning to be negotiated. So, just as every country in the world had COVID-19 in its own way according to its own particular circumstances, the way the UK had it was in the particular and unique circumstances of Brexit. Our COVID was ‘Brexit COVID’.

For example, the Coronavirus crisis exacerbated staff shortages, as some EU nationals were leaving because of Brexit. It also meant that many EU nationals returned to their home countries, as they very well might have done regardless of Brexit, but Brexit made it impossible for them to return if they didn’t have settled status. In any case, it made them less likely to want to return.

Looked at from a different direction, the fact that the Brexit trade negotiations took place during the pandemic inflected them in particular ways – not least because at certain times key actors were ill, and because much of the negotiation had to take place virtually.

Similarly, the hostility of the Brexiters, including Boris Johnson, to any extension to the transition period – a hostility which pre-dated the pandemic – led to a refusal to do so despite the pandemic. With more time, a more comprehensive agreement might have been reached. Equally, much administrative bandwidth was taken up with ‘no-deal’ planning, just when it was needed for the Coronavirus crisis.

Then, when the deal was in place and the transition period ended just days later, the economic punch of Brexit was immediate; landing on the bruise of the ongoing pandemic and reducing our resilience to its effects in a way no other country experienced.

Certainly, it is the case that the UK’s response to the pandemic, including the current policy of effectively pretending that it is over and not making any significant attempt to handle its ongoing impacts such as those of Long COVID, has been inextricably intertwined with Brexit politics.

The crossover of membership between the influential Brexiter European Research Group and the anti-restrictions, anti-lockdown COVID Recovery Group of Conservative MPs is a prime example. So is the pressure from anti-lockdown populists such as Nigel Farage who, as with Brexit, exert powerful influence upon government policy from the outside.

Britain is a country going metaphorically and literally rotten.

Crops have been lying unharvested in fields since at least 2019 because of labour shortages, risking permanent damage to farming. At least 40,000 healthy pigs having been culled for lack of butchers. Delays caused by post-Brexit barriers to trade have meant that meat and fish become unsaleable as they sit for hours in traffic jams. These are not ‘teething troubles’ – the transition period ended more than a year ago.

Staff shortages are now endemic, meaning quite basic things are becoming difficult or impossible to do. They are part of the reason for the crisis in the NHS. The HGV driver shortage, so much in the news last year, persists. There aren’t enough staff for everything from the Border Agency to restaurants, construction to buses. Almost daily there are reports of huge delays in things like driving licence and passport renewals or granting probate on wills.

There are any number of such examples and almost everyone is surely noticing how many of the things we used to take for granted just don’t work properly any more.

Simply raising wages isn’t the answer – that may pull staff into one sector, but only at the expense of another. And, in the absence of productivity increases, it only contributes to inflation, which is also caused in part by the extra costs to business of Brexit trade barriers.

It would be different if the UK had not ended freedom of movement of people and introduced new barriers to trade. It might have been different if it had not, at least in England, dispensed too early with all Coronavirus protections and scrapped COVID sick pay provisions, under the influence of anti-restriction Brexiters.

It is also true that many of the UK’s problems pre-date both Brexit and the pandemic. But, again, the point is that they come on top of, and exacerbate, these problems. It is the layering of one factor on top of the other – with Brexit, uniquely, the entirely self-inflicted and avoidable factor – which is rotting our country away.

There are good reasons to think that this rot will continue.

Labour market figures show significant increases in economic inactivity over the past two years among the over-50s, including sharp rises in early retirements especially for skilled and professional workers. Long COVID is one important reason but, anecdotally, disaffection with Brexit and the derogatory treatment of ‘Remainer’ professionals labelled the ‘liberal metropolitan elite’ also plays a part.

Again, it is possible to see similar trends in other countries, but they impact post-Brexit Britain in specific ways. They contribute to a stripping-out of experience and expertise which can only make daily life more difficult. To take an important example, there are sharp rises in GPs taking early retirement and warnings of a ‘mass exodus’ within the next five years. Even if it is denied that Brexit has anything to do with these trends, they would not matter so much if there were not also skill shortages because of Brexit. 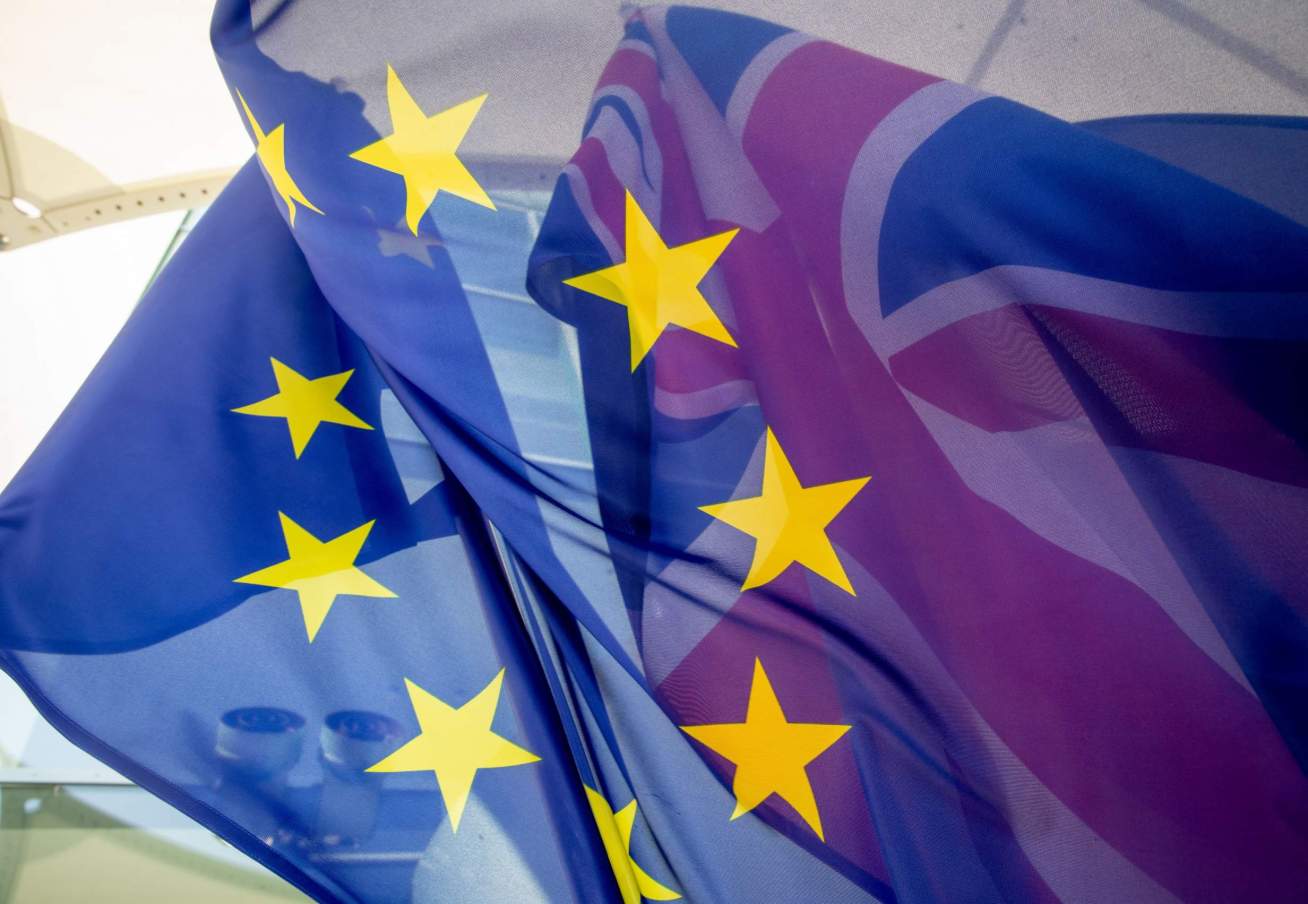 What cannot be denied is that Brexit is having a major negative impact on trade with the EU, with knock-on consequences for the entire economy, including tax rises. For while here, too, COVID and increasingly the war in Ukraine are also having an effect, several studies have shown that it is relatively easy to separate out the specific damage of Brexit. Quite simply, Brexit is making our country poorer.

Against this, the benefits of Brexit could be weighed – if there were any significant examples. But those which have been claimed are either very limited, yet to materialise, or nothing to do with Brexit at all.

The latter includes the most common false claim of a Brexit benefit, namely the vaccine roll-out and, more recently, the nonsensical suggestion that leaving the EU has allowed Britain to ‘lead on Ukraine’. Most justifications for Brexit now simply take the form of claiming that it has been less damaging than some of the direst predictions or that it will deliver its benefits at some vague point in the future.

Meanwhile, basic services no longer work properly and whole industries are in crisis. Even the long-term viability of the Union is in doubt, with the Northern Ireland peace process seriously strained. Entirely predictably, pre-referendum promises to match EU structural funds for regional development in England are also being broken.

Inseparable from this malaise is the parlous state of our political institutions. Which brings things back to Boris Johnson’s refusal, aided and abetted by his party, to resign. This latest example of moral rot symbolises an entire country going rotten; its entire national strategy now founded on the lies, delusions and fantasies of Brexit.

The Prime Minister is both the foremost and yet the least important manifestation of this rot. For, while it is a cliché that the ‘fish rots from the head’, his departure would not in itself improve things: the rot has now gone too deeply into the body politic because it doesn’t just come from Johnson’s moral depravity.

It comes from Nigel Farage’s blokey racism, Jacob Rees-Mogg’s faux-patrician sanctimony, Gisela Stuart’s earnest spitefulness, Michael Gove’s oily sophistry. From the decades of screaming tabloid headlines about immigration, and the lachrymose self-pity of suburban curtain-twitchers who ‘aren’t allowed to say what we think’. From the belligerent nationalism of beer-bellied thugs and blue-blazered golf club bores who can’t forget the war they don’t actually remember. From contrarian would-be intellectuals who can’t forgive being ignored by real academics and from free-market think tankers who have none of the knowledge of real business people. From dead-eyed hedge fund managers gloating over profits to be made and cold-eyed neo-Marxist ‘Lexiters’ dreaming of utopias to come.

Those who complain of the rot are denounced as deranged or dismissed as obsessed. They are told that they must ‘move on’ and ‘get behind Brexit’. Yet, ironically, they are told to do this most loudly by those who equally loudly insist that Brexit has been betrayed.

The rot will only have a chance of being stopped when enough people agree that Brexit has in fact failed to deliver its promises, even if they continue to disagree about why. But, by then, there may not be much left untainted.

Exclusive The Broken Brexit Promises Leaving Loved Ones In Limbo

Thomas Eagle, 13 April 2022
Sian Norris reports on how delays to family permits for spouses, parents and children of EU nationals and British citizens in the UK are causing families untold emotional distress