Konstantin Malofeyev, the Russian oligarch responsible for millions in anti-rights funding across Europe, has been indicted by the US Justice Department’s KleptoCapture Taskforce for evading sanctions.

The indictment represents the first US charges against a Russian oligarch since the Ukraine invasion.

The indictment was announced by US Attorney General Merrick Garland on 6 April, who said that millions of dollars had been seized from a Texas account linked to Malofeyev.

Malofeyev had been sanctioned by the US and the European Union after he was accused of being one of the main sources of funding for pro-Russian occupying forces in Crimea in 2014.

“I think it is great that the New York State Department indicted this Russian hooligan who is clearly one of Putin’s most prominent propagandists,” Martin Sheil, retired Internal Revenue Service criminal investigator, told Byline Times. “I applaud the seizure of bank funds from the Texas bank account referenced as belonging to Malofeyev”.

While Sheil praised the indictment as being a step in the right direction when it comes to cracking down on sanctioned Russian wealth, he also questioned whether the move goes far enough.

Sheil pointed to Malofeyev’s shell companies, recorded by the International Consortium of Investigative Journalists (ICIJ) in its database of offshore links. The ICIJ found various financial enablers of Malofeyev.

The former Fox News employee was hired by Malofeyev to run his Tsargrad TV project – a Russian TV channel that ran disinformation, platformed known conspiracy theorists such as Alex Jones, and employed Aleksandr Dugin as its editorial lead. Dugin’s far-right philosophy has been influential on Russian President Vladimir Putin, leading to him being given the nickname ‘Putin’s Rasputin’.

Malofeyev is connected to a range of European and US anti-abortion and anti-LGBTIQ movements via his organisation the St Basil The Great Charitable Foundation. His staff member Alexey Komov is on the board of CitizenGO – a global anti-gender campaigning organisation founded in Spain – and is the Russian representative of the World Congress of Families.

The latter organisation’s President, Brian Brown, is a US anti-abortion, anti-LGBTIQ activist best known for campaigning against equal marriage. In 2014, Malofeyev and a fellow sanctioned oligarch Vladimir Yakunin were involved in organising the Congress event in Russia. Sanctions led to its cancellation, although an event titled the Forum for Large Families and the Future of Humanity took its place.

Guests to the event included UK and US anti-rights activists such as Brown, Sharon Slater from Family Watch International, Terrance McKeegan – the legal adviser to the Holy See Mission to the UN – and Donald Feder from the World Congress of Families.

The Forum, and Malofeyev’s links to WCF and CitizenGO, show ongoing close connections between the US and Russian anti-abortion, anti-LGBTIQ movements, even after Russia’s invasion of Crimea in 2014. 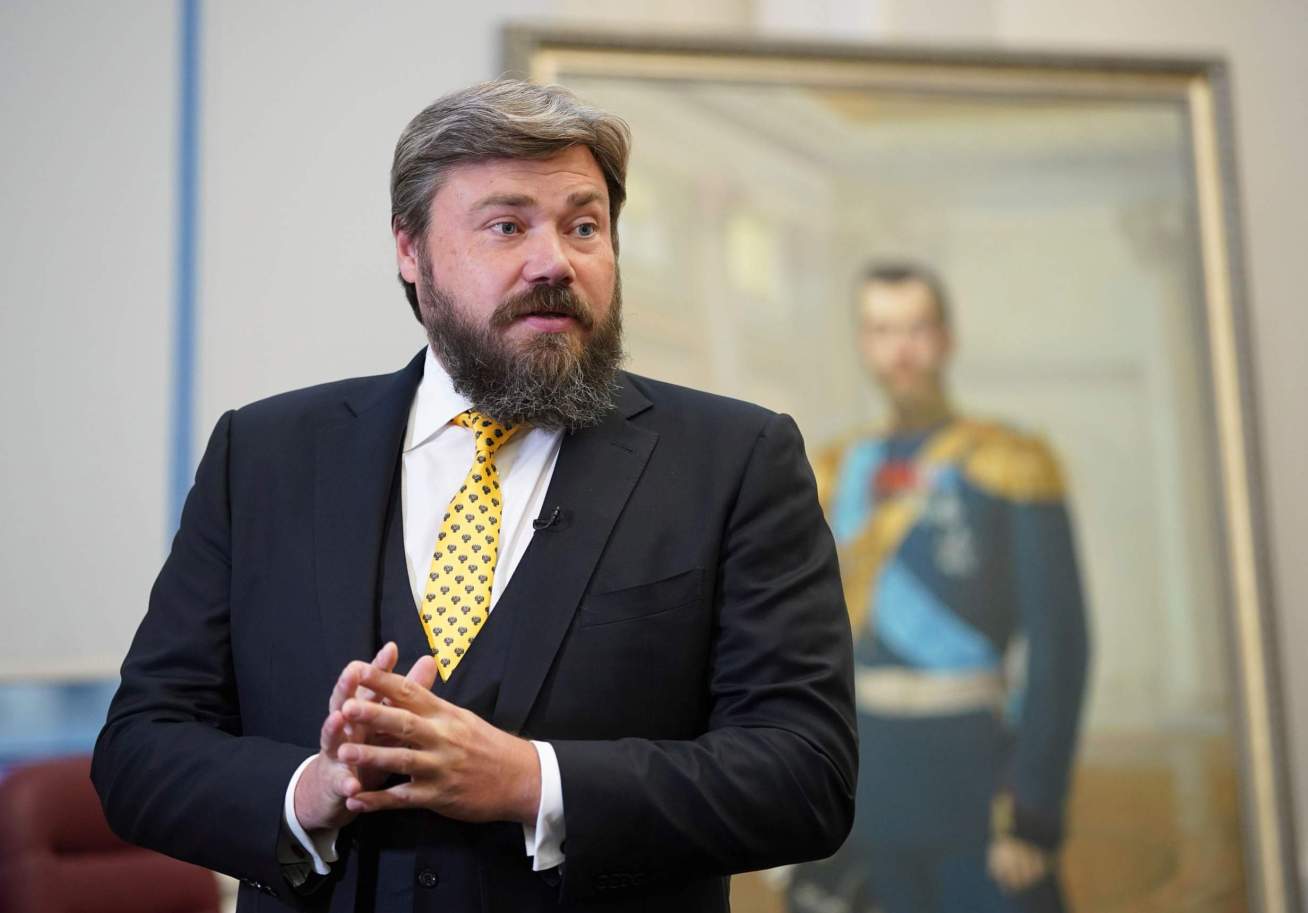 The TV Exec, the Oligarch and the Global Far-Right

On the same day Malofeyev was indicted, the FBI in collaboration with U.S. Department of State’s Transnational Organised Crime (TOC) Rewards Programme offered a substantial reward for information leading to the arrest and/or conviction of the alleged leader of the Russian mafia, Semion Mogilevich. Mogilevich, nicknamed “The Brainy Don,” was indicted for allegedly defrauding thousands of investors out of more than $150 million.

It’s understood that Mogilevich and Putin have a “good relationship” and the crime boss lives in Russia. The FSB defector Aleksandr Litvinenko, who was poisoned in London in 2006, linked Mogilevich to his assassination.

Sheil points to one of the men named in the Mogilevich indictment, Jacob Bogatin, who along with his brother David jointly purchased five individual luxury condos in Trump Tower for cash.

“Trump himself came to the closing because he was so impressed,” Sheil told Byline Times. “Think any of the Bogatins’ cash came from legitimate sources?”

At the time, Trump Tower was one of only two buildings in New York that took anonymous buyers, something that risked dirty money coming into the city, according to author of House of Trump, House of Putin Craig Unger.

He told Byline Times that America’s Russian mafioso problem metastasised due to shell companies and lobbyists.

“You had William Sessions, the former head of the FBI, representing Semion Mogilevich,” said Unger. “What kind of message does that send to the rest of the FBI. They are trying to prosecute these guys, and they see their leader is making a lot of money representing the bad guys”.

The sanctions and the bounty have been a long time coming, and it took new leadership in America under Biden and a terrible war to see potent action.