War is a loud thing. Not only because of the daily sirens, shellings or aircraft soaring in the sky, but also the information madness bundled within it all.

Here in Ukraine, we increasingly hear from different foreign experts that Russia has already lost the ‘information war’ and can no longer support its peacekeeping narrative abroad. I guess this means that we are winning this virtual fight.

But, even if it is hardly ever mentioned, everything has a price – even the information victory. Ukrainians are now living through a media apocalypse.

When the war began, the largest Ukrainian television channels united in one uninterrupted marathon – passing the broadcasting of the invasion to each other every five hours. Sometimes it is interrupted by air raid alerts and breaking news, filled with different interviews with Government officials, opposition-minded Russians, foreign experts, artists, and reporters from various parts of the country. But beyond this, TV anchors keep the flow.

So there is no silence anymore. When nothing is happening for a while, old news is repeated over and over again. It’s a continuous cycle of information about deaths, destruction and threats.

“I swear, I no longer understand which of these pieces of news are fresh and which of them I’ve already heard,” my roommate said yesterday. I can feel it. It is also stressful in a human way: information about five people burnt alive from an explosion repeated 200 times from different sources (including on social media) psychologically turns into 1,000 dead people. And keep in mind that there are many more casualties daily.

We don’t want to admit it, but a lot of different horror stories are being created artificially during this war. Some originate from Russian propaganda; some are just overgrown gossip. Unfortunately, even our official channels pick them up sometimes.

“It is extremely difficult to verify information during the war,” media expert Otar Dovzhenko wrote in Detector Media. “Therefore, the media disseminate a lot of information that has not passed the standard screening procedure for quality. Simply because if you do not lower the bar of requirements for verification of information, there will be nothing to report.”

That is part of the problem – despite the struggle of our journalists, it’s still nearly impossible to be sure of any information you hear. To boot, the emotional intensity is so high that it’s a priori difficult to breathe out and take your time for regular analysis. 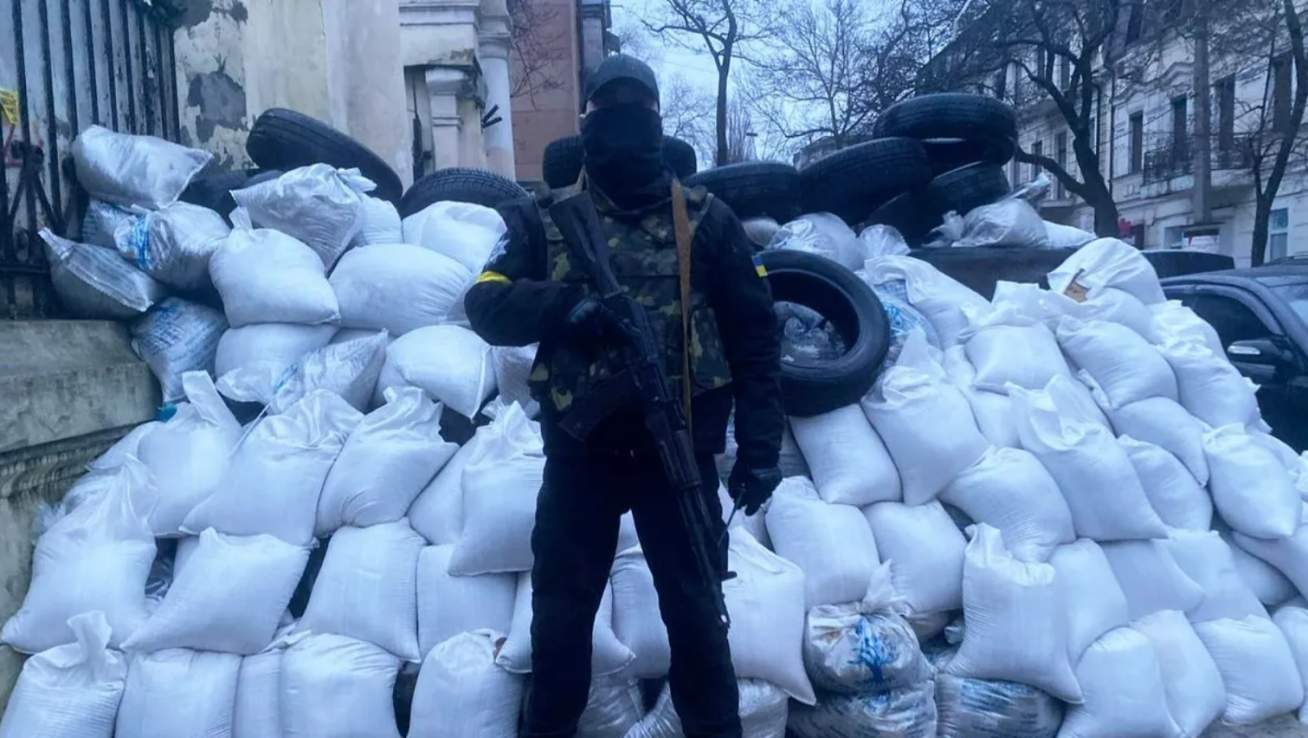 However, it is still possible to regulate the information broadcast on television – the same cannot be said of social media. On these platforms, people react to facts in the same way as they do to rumors; rebuttals and explanatory posts are shared as if they are holy texts, no matter who the source is.

This all turns into informational racing – purely about speed, not quality. When new messages arrive, the lock-screen of my smartphone sparks blue. This has made it very simple for me to time the frequency of news arriving: a maximum of seven seconds between the sparks.

The pace of life is crazy. There is no way to switch the war off. It’s always in our hands, in our phones, horror and calamities.

Ukrainians may all be trapped in this hurricane of news, but our aim is not really to escape from war. I’ve been discussing this issue with my friends for a while and they admit that keeping themselves informed gives them a feeling of control. It’s as if you are continuously surfing the news that may provide you with some kind of security. But unfortunately it doesn’t work this way.

Like many of us in these times, I’m living with 10 or more people. When the sirens start and we go down to the basement together, each of those people starts reading the news out loud, as if it is a personal duty to keep everyone in touch with reality – or as if each of us has some secret knowledge of what is happening at the moment to share with everyone. In fact, most of that news has already been heard and, by the end of the siren, everyone is exhausted and irritated by the mumbling.

But still we put up with it. We mock the absurdity of Russian disinformation memes, but some of our own army’s most successful operations are turned into joyful legends, spread with unbelievable intensity. We keep the international community informed, and words of support we hear in response give us hope. It’s our way of fighting the grief consuming us in the reality of war.

Each Ukrainian is fighting their own fight in their heads. That is the real price of the information victory.