When Katerina Tuiziukova turned 12, Russia invaded Crimea. Growing up in Volnovakha in the Donetsk region of Ukraine, from that day on, war was never far away.

“I didn’t quite understand it,” she told Byline Times. “I remember playing basketball and hearing explosions and feeling the earth shaking.

“Eight years passed and Volnovakha lived and prospered, with pretty parks and houses. When my parents divorced, my mom, brother and I moved to a village near Volnovakha. Three of us lived on an average Ukrainian salary, in a one-room apartment. In summers, we visited our grandmother in a village nearby, staying at a typical Soviet cottage-house, with a kitchen garden. We were an ordinary family living an ordinary life.”

Today, Tuiziukova lives in Moldova, Europe’s poorest country which has welcomed more than 400,000 Ukrainian refugees since Russia invaded Ukraine in February. This is the most refugees per capita of any country. She had been studying international relations there when Russia attacked her home country.

Just before the invasion, Tuiziukova and her brother Ilya Ponomarenko – a journalist at the Kyiv Independent – persuaded her mother to leave the village and go to the capital. The move came just in time.

“The day before our house got shelled and half of it burned out; the windows got broken too,” Tuiziukova said. “Mom didn’t want to leave  –  Ilya used deceit, asking for help with home repairs. When she was on the train, the Russians started bombing all over Ukraine and I couldn’t reach her because the connection was down.

“From Kyiv, Ilya took Mom to west Ukraine. She was in a state of shock after abruptly losing her job, home, and living with strangers, without connection with loved ones. She was also worried sick about my brother who had to go back to Kyiv.” 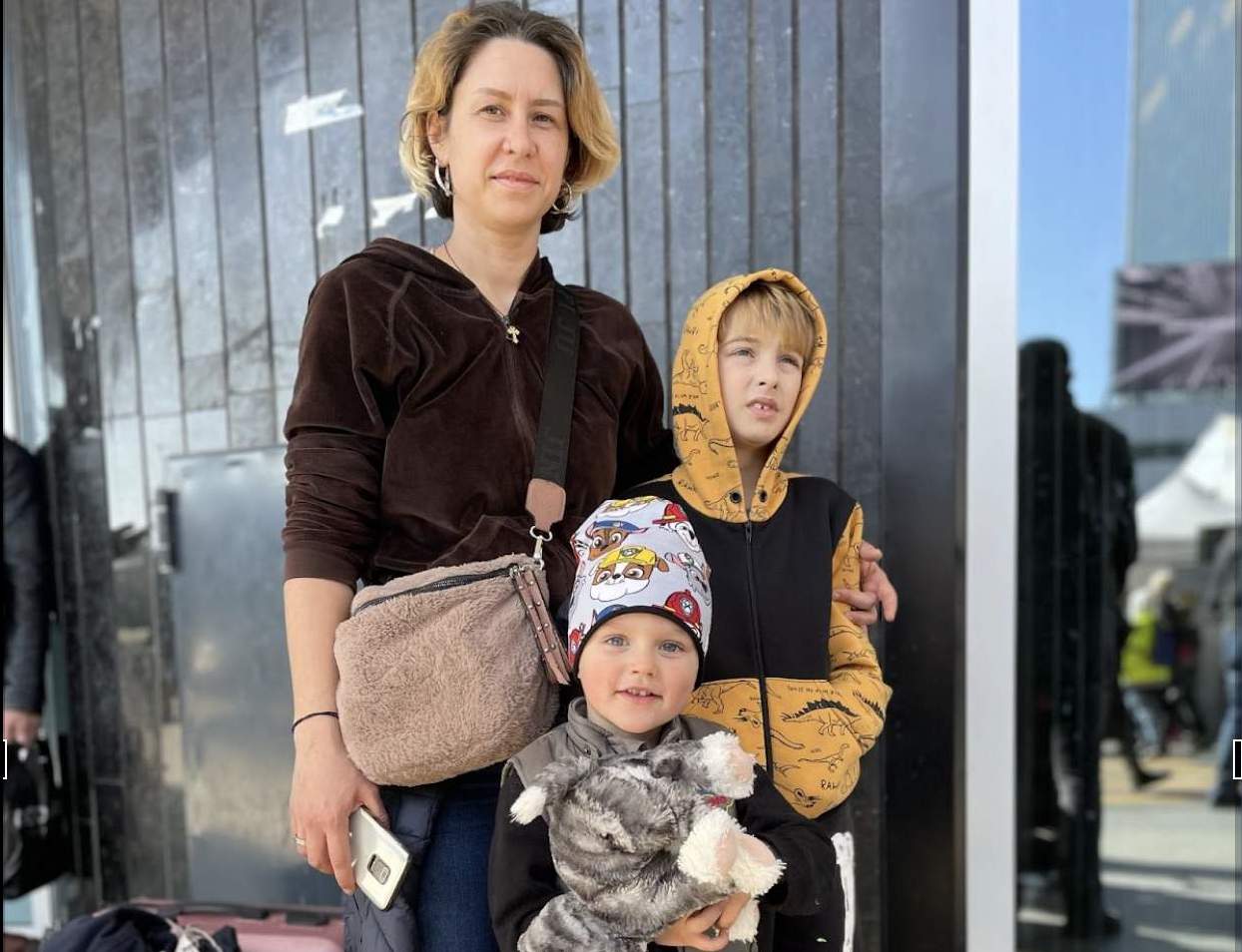 ‘There is no Mariupol.I Don’t Even Know How toExpress this with Words’

Her mother may have got to safety, but Tuiziukova’s great aunt died as a result of the war.

“Our great aunt, 77, who lived with us, stayed alone and died of hypothermia on 19 March,” Tuiziukova said. “There was no heating, sewerage, or running water in the house. A lot of elderly people suffer from the noise and stress of the explosions. For a while, we didn’t know about her death. Our neighbours, who took care of her, buried her somewhere  –  we don’t know where.”

Tuiziukova is also afraid for her father. His house in Volnovakha has been destroyed by shelling and she does not know where he is.

“There is no way to reach him and I had not heard from him since the start of the war,” she added.

For the first two weeks following Russia’s invasion of Ukraine, life was full of “fear and panic” Tuiziukova said.

When the Russian soldiers arrived, “no one thought that anything bad would happen” and “when they hung up their flag, we just laughed”.

“They first offered Coca-Cola and bananas to the children,” she told Byline Times. “Then there was shelling for days and everyone lived in basements. This hostility of the Russians is mind-boggling. As is the Nazi label they attached to Ukrainians.”

She said that, at a bus stop in Moldova, a Russian woman recently blamed the “Ukrainian Nazis” for the “repressions of Russians” and threatened the “Russian invasion of Moldova”.

“They often use the language argument and claim that in Lviv, if you speak Russian, you will be treated badly,” said Tuiziukova. “I speak Russian and have been to Lviv many times – it is really fine. Most Russians have never been to Ukraine so they don’t know how open we are. They grew up on propaganda. The power in Russia has not changed for many years.”

Since the invasion, Tuiziukova has focused her energy on helping people to leave Volnovakha.

“At the moment, my friend and I are trying to help two women and two children to get out,” she told this newspaper. “There are about 25 checkpoints, and distances that used to take two hours, now take days and weeks. The people are simply hostages. When asked when the road would open, the Russian soldiers jokingly said, ‘when we take Mariupol’.”

Her brother wrote on Twitter: “I keep thinking about this and I find nothing that proves me wrong. From the Russian side, this is one of the dumbest, most absurd, and idiotic wars in human history. Literally anything the Kremlin tries to present as a justification sounds like schizophrenic obsessive delusion.” 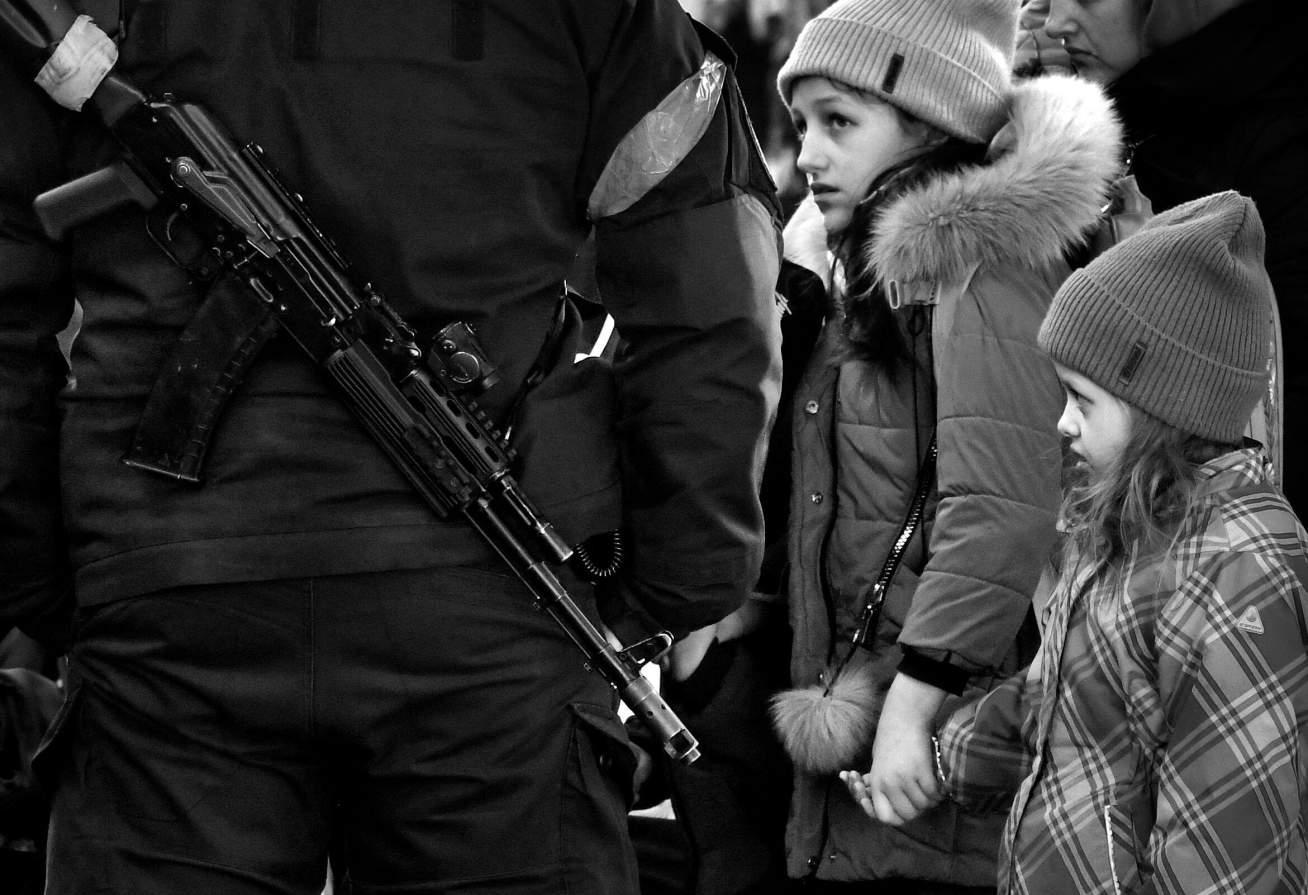 “After fear and panic, came sadness, followed by anger, until I got a volunteering job at the refugee centre,” she said. “I calmed down. When you check someone in, help them to find a flight, see them smile, even though these are trifles, you feel needed, you feel that you are doing something for your fellow citizens.”

Moldoexpo offers accommodation and has a ‘Blue Dot Centre’ – a UNICEF programme that offers families and children services such as information, counselling, child-friendly spaces, psychological support, hygiene, health and nutrition services, and basic legal advice. It is also a cash enrolment centre that – in collaboration with the Government and the World Food Programme – provides cash to 150,000 refugees and Moldovan hosts.

“Most people at the centre are from Mykolaiv, Kherson, and Odessa regions,” Tuiziukova said. “Sometimes, there are long lines at the registration. People are mostly okay but some cry. Refugees get three good meals a day and sleeping compartments. There are showers, and playrooms for kids.”

But Tuiziukova is fearful for the future.

“There’s no home anymore, nowhere to return,” she told Byline Times. “The very concept of home has collapsed. I have to stay here, it is not clear for how long. I really like Moldova, and most people here support Ukraine, but it’s hard.”