In early March, as Vladimir Putin’s invasion of Ukraine entered its second week, senior British officials attended a Saudi arms fair during which state-owned Russian firms flogged its weapons – the very weapons that were killing and maiming Ukrainian civilians and soldiers.

This week, Minister for Defence Procurement Jeremy Quin attempted to excuse the UK’s attendance at the World Defence Show, claiming that the Government officials’ visit to the arms fair was vital to dissuade buyers from purchasing weapons from Russian firms.

In response to a parliamentary question by Labour MP Sam Terry, Quin said: “We believe that a senior UK presence at such events is important to impress upon potential purchasers that alternatives may exist to acquiring Russian weapons. In doing so we hope to deter support for the Russian arms industry, economy, and potentially armed forces.”

Kirsten Bayes, spokesperson for the Campaign Against Arms Trade (CAAT), told Byline Times: “The UK minister was trying to say a variant of, ‘if we don’t illegally sell them weapons, the Russians will’, as if the morality or legality of the UK’s foreign policy should be set by how low the Russian regime is willing to stoop.”

Labour MP Lloyd Russell-Moyle, a member of the parliamentary committee on arms export controls, was also unconvinced by Quin’s justification for attending the Saudi World Defence Show. He said: “I’d be interested to know how the minister actually deterred others from purchasing Russia goods at the show. Did he have UK officials physically placed at their stall?”

Russell-Moyle suggested that the Government should have instead used its close links to Saudi Arabia to persuade organisers to block Russian firms from exhibiting at the arms fair. Four of the six Russian exhibitors at the arms fair were companies, or subsidiaries of companies, that have been sanctioned by the UK Government following Vladimir Putin’s invasion of Ukraine earlier this year.

But the UK’s “toughest sanctions regime against Russia” – as promised by Foreign Secretary Liz Truss – was not tough enough to deter Ministry of Defence (MoD) officials from attending the same three-day event as the blacklisted firms.

One of the sanctioned Russian exhibitors was Rostec, the Russian-state owned defence and technology conglomerate. According to official Government documents, Rostec faced sanctions in the UK because the firm is a “major supplier of the Russian military”, and provides financial support that “could contribute to destabilising Ukraine”.

Fellow exhibitor, Almaz-Antey, is also currently sanctioned by the UK Government because the Russian-state controlled firm “contributes to the destabilisation of Ukraine” by supplying weapons to the Russian army and separatists in eastern Ukraine.

As the arms fair prepared to open, a 40-mile-long Russian military convoy advanced towards Kyiv. The tanks in that convoy are likely to have been produced by UralVagonZavod – another World Defence Show exhibitor sanctioned by the UK – making the firm a key player in Putin’s invasion of Ukraine.

The state-owned company is one of the largest tank manufacturers in the world and has “contributed towards threatening the territorial integrity, sovereignty and independence of Ukraine”, according to the UK Government.

A Government spokesperson said: “The UK Government has introduced some of the largest and most severe economic sanctions that Russia has ever faced, including sanctioning key defence sector organisations and banning the export of critical technologies. We continue to push the international community to act robustly.

“Events such as the World Defence Show provide important platforms for engaging international partners and senior UK representation is vital to pursue a range of Government objectives.” The Saudi regime’s military abuses in Yemen has led arms experts to raise concerns over the Government officials’ presence at the World Defence Show, hosted in its capital, Riyadh.

The Saudi-led campaign in Yemen, now in its seventh year, has resulted in “human rights abuses and laws-of-war violations”, according to Human Rights Watch.

UN figures revealed that 377,000 people had been killed in the civil war by the end of 2021. More than 150,000 of these deaths were the direct result of the armed conflict, while a greater proportion have died due to hunger and disease as a result of the humanitarian crisis caused by the war.

Labelling the UK’s attendance “a disgrace”, CAAT’s Kirsten Bayes said that the UK’s participation in the arms fair was not intended to dissuade buyers from purchasing Russian weapons but to continue the Britain’s lucrative relationship with Saudi – the regime is the UK’s largest market for defence exports.

“It is clearly about keeping the arms sales flowing,” she said. “It is high time the UK stopped flooding the Middle East with weapons.”

£11 billion in export licences for military goods has been approved to Saudi Arabia since 2010 – comfortably the largest total of any country in the world – despite an attempt by the British courts to pause sales because of the regime’s crimes in Yemen.

The Government is indeed keen to sustain this military relationship – according to a Government briefing document obtained by the Byline Intelligence Team under Freedom of Information – and even seeks to extend the influence of the Kingdom into other areas of the British economy.

Although Jeremy Quin claimed that the UK’s presence at the World Defence Show was necessary to punish questionable regimes, in practice, MoD officials’ participation may in fact do the very opposite.

By rubbing shoulders with sanctioned Russian companies responsible for the devastation in Ukraine at an arms fair hosted by a state responsible for war crimes, Boris Johnson is effectively giving a green light to tyrants. 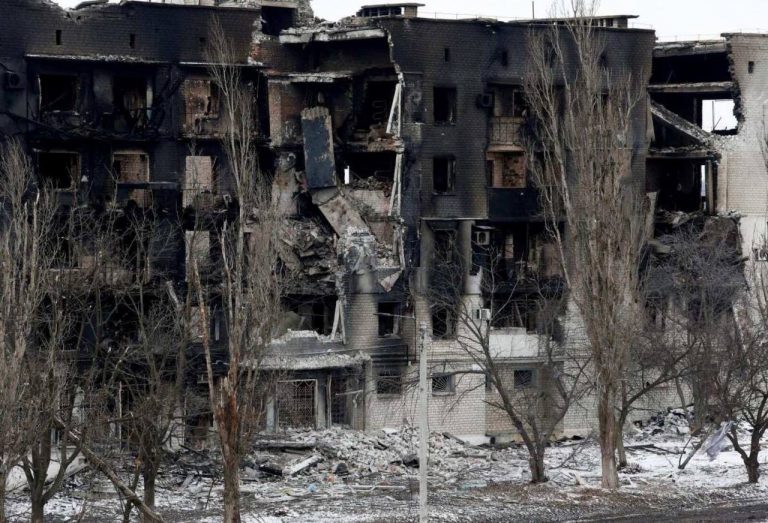