In a succession of scandals, Boris Johnson has opened the floodgates to wrongdoing and impunity by politicians like never before – aided by his lawless friends in the British press and a sclerotic constitution

They were born into lawlessness, and lawlessly they won and ruled.

The Vote Leave administration’s coup against the rule of law began when it broke electoral law over-spending limits during the 2016 EU Referendum. Though it took three full years for Boris Johnson, Michael Gove and Dominic Cummings to march into Downing Street, one of their first actions was to prorogue Parliament, a move later struck down as unlawful by the Supreme Court.

Due to their deliberate failure to strengthen democratic safeguards, allowing dark ads to proliferate on social media, we do not know if other laws were broken during the 2019 General Election. But we do know that, just a few months later when the Coronavirus pandemic began, the first instinct of Boris Johnson’s administration was to break more laws.

First there was ‘Wallpapergate’. Lord Geidt, the independent advisor on ministerial interests (who Chancellor Rishi Sunak has just referred himself to over questions surrounding his financial interests and those of his wife), chided Johnson for acting “unwisely” over the lavish refurbishment of his Downing Street flat. The Conservative Party was fined £18,000 by the Electoral Commission for failing to properly declare the donations. But getting away with that infraction didn’t stop the occupants’ penchant for breaking the rules – it just encouraged them.

The scandal of crony contracts followed. The High Court ruled last February that Matt Hancock, while Health and Social Care Secretary, had acted unlawfully in failing to publish details of multi-billion-pound Government COVID contracts within the 30-day period required by law. Justice Chamberlain ruled that the failures of Hancock and his department had breached the “vital public function” of transparency over how “vast quantities” of taxpayers’ money was spent. In January this year, the High Court ruled that the Government’s ‘VIP lane’ – which awarded personal protective equipment contracts to firms with links to ministers, MPs and officials – was also unlawful.

But that was just the beginning. Though the Byline Intelligence Team calculated that the total value of all the contracts awarded during the crisis amounted at that time to £54.2 billion – more than the GDP of 140 countries and territories – cronyism wasn’t Hancock’s downfall. He breached COVID restrictions when he was filmed kissing ​​his aide Gina Colangelo. In a rare resignation, the married minister admitted the game was up – a move lauded by Johnson’s spokesperson “as the right decision”.

Meanwhile, the rest of Johnson’s Government was enjoying a riot of unlawful parties on Government premises.

When these first came to public attention late last year, and as the Prime Minister’s then spokesperson Allegra Stratton was caught on camera joking about lockdown parties, Johnson pleaded ignorance. “I understand and share the anger up and down the country of seeing Number 10 staff seeming to make light of lockdown measures,” he told Parliament. “I can understand how infuriating it must be to think that the people who have been setting the rules have not been following the rules, because I was also furious to see that clip.”

We Must Resist this Exercisein Hypernormalisation

His language was revealing. It was “infuriating” for the public, but he was personally furious about the clip. No wonder – the cat was out of the bag. The revelations about parties continued. Photographs emerged of a ‘bring your own booze’ event, quizzes with tinsel and prosecco – while the rest of the country isolated and locked down, leaving loved ones alone as they died and mourned.

Still, Johnson insisted that no laws had been broken. This was part of his habitual, almost reflexive, deceptions – an escalation of the ‘hypernormalisation’ of untruths seen in Johnson’s early days in Downing Street, when fast and loose was played with facts about Brexit and the Coronavirus: or, more recently, on Keir Starmer’s role in the prosecution of Jimmy Savile, on post-pandemic jobs, on sanctions against Russian oligarch Roman Abramovich, on falling crime.

Lies have been repeated flagrantly to Parliament without consequence, and there is a sense of impunity throughout the highest offices of state.

On lockdown breaking lawlessness, though, there is no way out.

It is only thanks to persistent legal pressure on the Metropolitan Police by the Good Law Project and others that we now know that Boris Johnson and his wife, as well as the Chancellor – along with some 50 others – have been fined for breaking the very rules that they put in place, and have spent a year insisting they did not break.

So the Prime Minister has, to a criminal burden of proof, lied to the public. He has lied to Parliament and civil servants. And, though it may aid his survival in the short-term, he has co-opted so many senior ministers in his lawlessness that we now have an entire administration compromised in a disturbing new kind of collective Cabinet irresponsibility.

Enabling the Johnson Government every step of the way – until now – has been the crisis in British journalism.

While under David Cameron and Theresa May, the country’s influential tabloid newspapers were right-leaning and encouraging of those in power, under Johnson a fusion has occurred of the media and political classes. This process began when, during the phone-hacking and police bribing scandals, the press was in the dock during the Leveson Inquiry, following dozens of convictions and the threat of tighter regulation.

Johnson, a Telegraph columnist himself, battled in defence of his friends in the press and its wealthy proprietors. The subsidies and favours flowed both ways – so did the defence of lawlessness on both sides. The result has been a Government led by a journalist, fed by journalists – and vice versa – with the press picking and choosing when it wants to hold the Government to account and when it doesn’t.

While the work of the Mirror and ITV News in revealing the scale of the lockdown-breaking parties should be rightly praised, it should also be noted that ‘Partygate’ isn’t the first Johnson scandal which has been in need of exposing, nor is it necessarily the most egregious.

Nonetheless, the fact that the Partygate stories have dominated the pages of the established media shows it still has collective power in acting as a fourth estate and holding politicians to account – when it wants to. This, in turn, has shone a light on all the times that this has been desperately needed but badly lacking – from the consequences of Britain’s hard Brexit to the Government’s reckless approach to the Coronavirus crisis, Russian interference and the dangers of Vladimir Putin.

But the media (if it so chooses) can only expose. It is our political system that must possess the mechanisms to hold politicians to account when they refuse to play by the rules. Checks and balances wielding real power over elected politicians can be effective tools if they are built into the structures of our democracy.

With the Partygate scandal, Boris Johnson’s Government has progressed from norm-breaking to law-breaking – and the very idea of the British political system now hangs in the balance.

The Death of theLast Good Chap

It has, once and for all, laid bare the vulnerabilities and dangers of a system lacking a written, codified constitution, reliant on checks and balances in the form of honourable customs, precedent and convention. One that is not equipped to deal with the unprecedented, or to move with these dark times.

When Labour MP Dawn Butler was asked to leave the House of Commons last July after calling the Prime Minister a liar, the incident showed the absurdity of a system which enables those in the highest positions of power to lie with impunity, while sanctioning those calling out the lies – all in the name of archaic procedures supposedly still in place in the facilitation of honour.

Surely, now is the time for all those who care about democracy to recognise that fundamental change – including to the workings of the head of state, the checks on the executive and a presidential-style prime minister and our constitution – must be considered. But burgeoning inequalities, fuelling a dangerous disengagement with democracy among the public, continues.

What happens to our ‘good chaps’ democracy when bad actors come to power? 170,000 people have died from the Coronavirus in the UK – every one of them deserving accountability. As things stand, there’s nothing but a ballot box down the line and the consciences of Conservative MPs, worried for their careers, that could give them that.

If Boris Johnson and Rishi Sunak remain in office despite unassailable evidence that they broke the law, the values the Conservative Party used to claim it is most proud of – the rule of law, civil liberties and good old British fairness – will mean nothing. With our ‘mother of Parliaments’, “world-beating” institutions and supposedly second-to-none justice system, Britain has for so long wrapped itself in myths about itself – while a different reality is now loudly speaking for itself.

If the Chancellor and Prime Minister survive, this will surely be a coup against our country and the British public: our law-makers taken over by law-breakers. 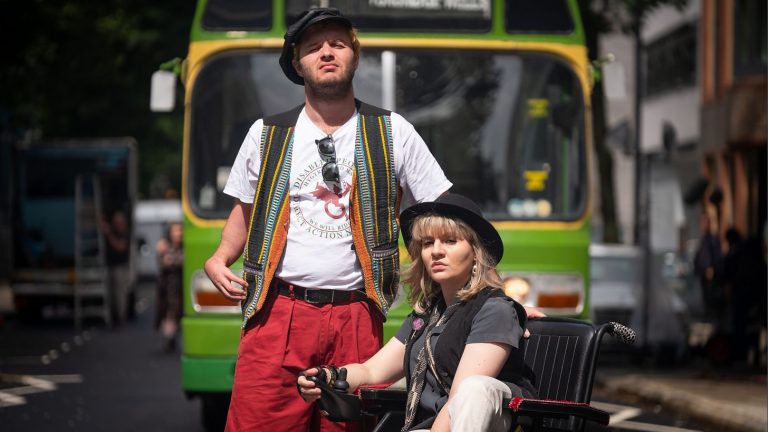